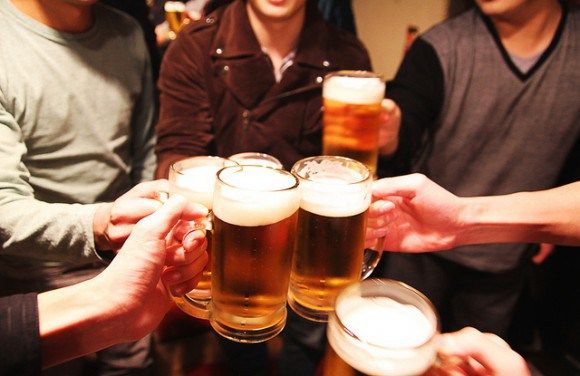 Although smoking is the leading cause of death in terms of health risk behaviors drinking can also be extremely damaging to individual’s health especially in regards to excessive drinking. According to the World Health Organization there are 3.3 million deaths caused every year as a direct result of alcohol misuse. Alcohol can often cause death and disability early in life with individuals between the ages of 20-39, with 25% of all deaths being attributed to alcohol consumption.

The dangers of excessive drinking:

As you know too much of anything can be bad for you but excessive alcohol consumption is related to numerous health issues as well alcohol dependency. The office of national statistics defines binge drinking as consuming 8 units for men and 6 units for women in a single session. Those who engage in regular binge drinking sessions are far more likely to suffer from falls, accidents and injuries than those who adhere to the recommended number of daily units.

The long-term health implications of dangerous drinking can be lethal for example liver failure, breast, mouth and other forms of cancers, high blood pressure, cardiac problems and mental health issues. These are only some of the health issues that can develop from chronic abuse of alcohol.

In regards to how alcohol effects the individual in the short term there are many health consequences associated with this health risk behaviour. The number of injuries suffered by individuals who drink excessively are far higher than those who do not, such injuries can involve falls, car crashes and fights. Excessive alcohol consumption can also result in alcohol poisoning and risky sexual behaviours such as unprotected sex. Alcohol poisoning can be lethal with risks of a heart attack, sudden stop in breathing, inhaling or choking on vomit, seizures and permanent brain damage. The health research board reported that in 2013 there were on average 88 deaths caused a month by alcohol in Ireland.

Alcohol can also be dangerous in regard to individual actions as many instances of fights and assaults are reported in younger populations due to drinking. Drinking is also responsible for causing 2 out of five road traffic accidents in Ireland. Alcohol also plays a major factor in terms of mental health problems with many individuals suffering from alcohol dependency as well as alcohol being involved in over half of all suicide cases in Ireland.

The economic impact that alcohol harm and injury causes Ireland is substantial with 1.5 billion euros in hospital discharges costs during 2012. That’s almost a tenth of the total public health budget of 2012.

Are you Alcohol Dependant?

This section of our blog just gives a bit of background on alcohol dependency and outlines some of the signs and symptoms associated with this disorder. We will also outline below what available services there are for those of you suffering with alcohol dependency and what is the best method to make a change. If you are exceeding your weekly recommended units don’t worry this does not make you alcohol dependant, however if you exceed your weekly limit of 14 units every day then it is likely you have a problem.

If you are alcohol dependant then drinking plays a large part of your daily life which can be demonstrated by the development of physical and psychological dependence. Alcohol dependency does not always involve excessive drinking as some individuals feel the need to have a drink at the end of the day but this being a daily routine and being a need rather than a want can lead to long term health consequences especially when drinking becomes habitual.

There are a number of effective methods that can be used to help individuals cut down on their drinking and help quit drinking all together. If alcohol dependency is causing you major health problems then it is of paramount importance that you quit drinking as soon as possible if not forever then at least until symptoms of whatever health problems have elapsed.

It is our hope that this post will help you or someone close to you to lower alcohol consumption if it’s at a dangerous or dependent level. There are many local community resources all over Ireland that can help you avoid or manage your drinking to a point where your health is no longer in danger.